Zoom – what’s it all about then? 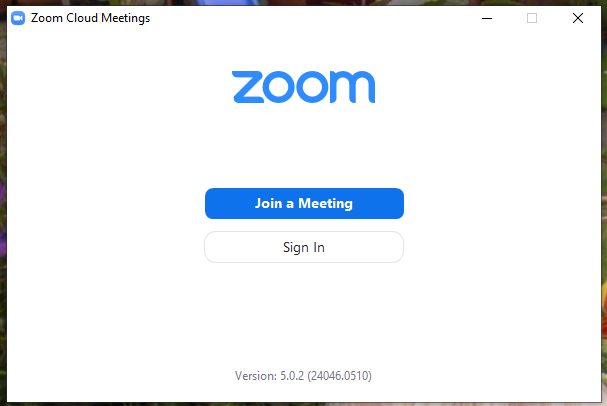 Zoom is a new(ish) videocalling service that’s been in the headlines a bit recently, so I thought I’d tell you a bit about what it is, in case you’re thinking of using it.

Since we’ve all been in lockdown, lots of people have started using video calling to keep in touch with friends and family. There are quite a few different video calling options now – you’ve probably heard of Skype, which has been around for a while. But you can make video calls through various other apps now too (FaceTime on iPhones and iPads, WhatsApp that you can put on any smartphone, Facebook Messenger, and a whole host more).

These can handle more than one person at a time – so you can have a group of people all getting together and chatting at the same time (and in our family that’s literally true – whenever we attempt a video call, everyone talks at once, the kids just shout “Hello” non-stop and wave toys at their cousins, and it descends into chaos in no time at all!). It’s the next best thing to all getting together and chatting in person. But to do that, you all need to know each other’s contact details – so these are mostly suitable for friends and family.

How is Zoom any different from the other video calling apps?

The main thing is that you can have Zoom calls with anyone. You don’t need their mobile number or Skype username – as long as you both have the Meeting ID. That means you can “meet” with the WI group, your stamp club, art group, local Church, a child’s schoolteacher and the rest of the class, and so on.

What do you need?

Any device that can connect to the internet. If you have a Windows computer you start from the website, and it’ll automatically install the Zoom Windows app when you first join a meeting – after that you can use that app to join calls. If you’re using a smartphone or tablet you can install the Zoom app from the Play Store for Android devices or the App Store for iPhones and iPads.

You don’t need many details to get set up – it only needs your name on the Windows app, or your name and email address on the tablet/smartphone app.

To join a meeting, you just need to type in the “Meeting ID” and the password if there is one, and you can get started. It’s up to the person who set up the meeting to tell you the codes – and they’re the person to get in touch with if you’ve lost them.

If you’re using a computer, make sure you have speakers, a microphone and a webcam – if you’ve got a laptop they’ll probably be built in, but might not be on a desktop. If you’re using a tablet or smartphone, that should have everything you need built in.

Joining a meeting – a walkthrough…

I’ll show you this using the website, but if you use the app it works the same way. By the way, this is going to be a Zoom meeting between me on my phone and me on my computer – normally there’d be more than one person involved!

The Small Print – bits and bobs you should know.

Finally, good luck! Zoom isn’t perfect, and personally I’ve found it a bit fiddly sometimes – but we’ve also had a lot of fun with it while we’ve been in lockdown. My children have had a Zoom disco with school, my son’s done a quiz with his class, my daughter’s had a chat with some of her friends and we’ve had face to face chats with some of the schoolteachers. And tomorrow night I’m going to be joining in a “virtual pub quiz” with my friends…