What’s All The Fuss About 5G 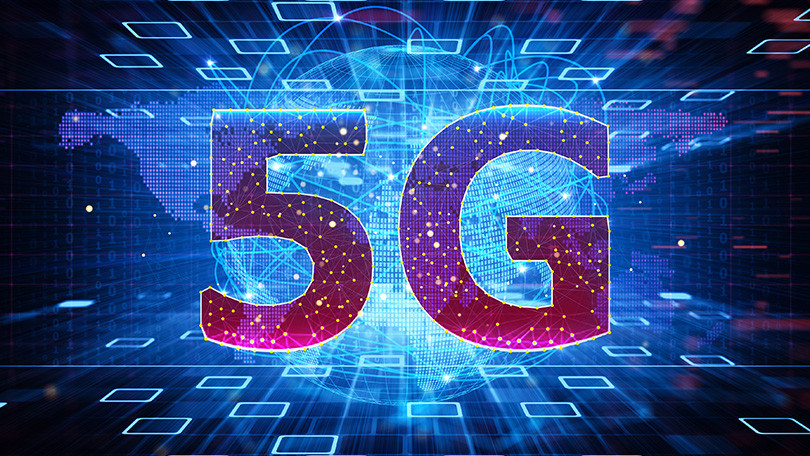 What’s All The Fuss About 5G

A month ago now, I was away at a gaming convention in Birmingham and while I was out at a nice pub having a meal with my family and girlfriend, the waiter began to talk to us as he recognized the purple twitch shirt I was wearing, so he started talking to me about the games I play, career, etc. Anyways, before I ramble on, he noticed the new phone I had, the Razer Phone 2, which sparked up a conversation about 5G connection. He thought that it can cause serious illnesses, such as cancer, and recent news articles, from the company Huawei, said that governments were using this 5G network to spy on customers and other countries. So today we do a bit of myth busting and fact-checking and explain what exactly is 5G. (This may get a bit technical at points, so if there’s anything you don’t understand, let me know in the comments ) Also, let me know in the comments if you want to hear about my tech-filled adventure last month in Birmingham.

5G is the next up and coming mobile connection. If you are unfamiliar with mobile connections we have a fantastic article here on the clubroom that explains it very simply.
So after reading that article, you should now know what 4G is, 3G is, etc. But to put it simply, 5G is the next iteration of improved mobile signal. The idea behind 5G is to use untapped bandwidth of the extremely high-frequency millimeter wave (MMW), between 30GHz and 300GHz, in addition to some lower and mid-range frequencies. This frequency is close to or slightly above what other, day to day devices can use, including satellite communication.

So Why Do Some People Believe 5G Will Kill Us All?

This all comes from the WHO (World Health Organisation) Who classified RFs (Radio Frequencies) in mobile phones to be a possible cause for concern in causing health complications.  From there, this story was taken out of place as the WHO themselves even later classified there was no evidence to say “yes it does cause this health problem”, only saying that further study may be needed into this, as at some level it may cause health problems. In the WHOs classification, they classified it as 2B, which puts it in the same category as many things like pickled onions or coffee in causing health complications.

Taking a  step back from this and looking at it as a whole, most things emit some form of radiation, including us human beings. In fact, the human body radiation is around 31.5 THz, that’s a lot more than 5G could ever reach and the next thing up from that, that most people would recognize is X-rays, which we know if you have a lot of x-rays over a short period, you can get radiation sickness. However, the frequency of X-Rays is in a whole other ballpark being  30 PHz.

So the short answer is no, 5G is not going to cause cancer through radiation or any other health problems, and the original story was misunderstood, which still to this day has led some people to believe that 5G can kill you, which is not true.

So Why Are Some Governments Blocking 5G and It’s Main Pusher Huawei?

Huawei is a Chinese company who make mobile phones and are one of the industry leaders in developing 5G. However, the US is very scared that Huawei is a spy for the Chinese (and Russian) government and are stealing information from the public and security workers. They have already said they will not use Huawei’s infrastructure for 5G and have banned all government workers from owning their devices. Huawei is currently trying to deploy its 5G network in Britain, though it’s facing a struggle with the US telling the UK not to trust them.

This has divided experts opinions and has even caused the CEO of Huawei to come out and say that he will sign a no-spying agreement with the UK government to make them feel more at ease with using this technology.

Whatever is causing this concern is not public knowledge, so we have to trust the people higher up in this scenario, so no I can not say for sure if people can spy on you through 5G, but I can make a guess being a tech guy that it’s no less difficult than on WI-FI, 4G, 3G, etc.

Marques Brownlee has made a fantastic video on youtube about this situation which can inform you more, you can watch here

UPDATE: Just as I was posting this EE and Vodaphone have blocked Huawei 5G phones from going on sale on the 30th of this month when they begin to roll out 5G, and Google has also temporarily suspended Android updates to Huawei, this is due to international export sanctions that the US has placed on Huawei, forcing companies to temporarily stop shipping their products to Huawei and customers.

No 5G is not going to kill us or the planet and 5G probably doesn’t let governments/hackers spy on you any easier than WI-FI, 4G, 3G, etc.

I hope you liked this read, and I hope I managed to simplify and make the article helpful as there’s a lot of false information out there on the internet to do with 5G, especially in the news right now.

I’ll do another journal/library post at the start of next week about Huawei and them no longer being able to use Google apps and what that means for you, our customers who do use Huawei as this is an ongoing story and there’s a lot of information.