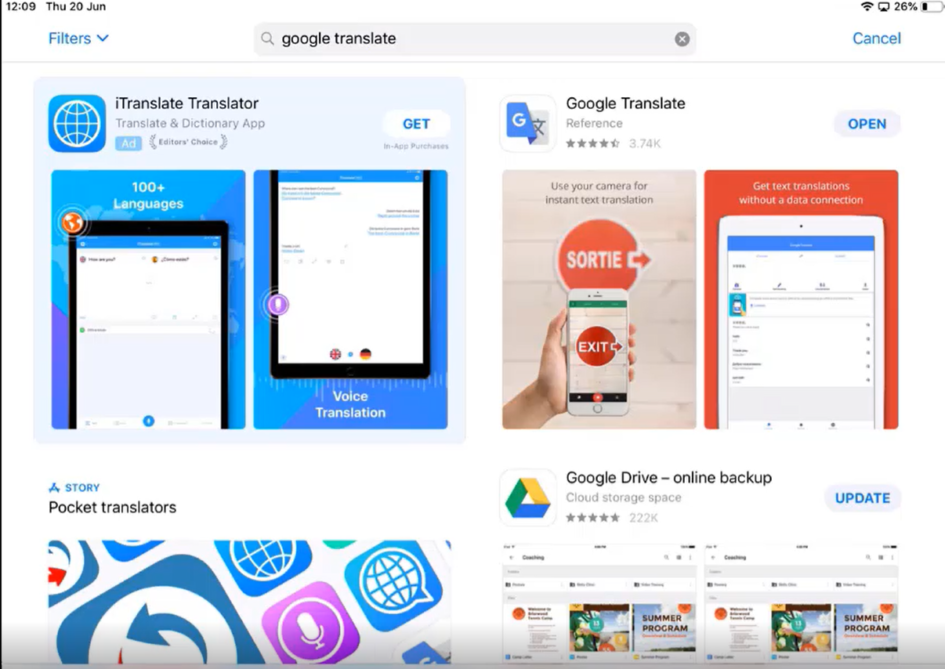 In this episode of ICTV, we’ll be telling you a bit about the Google Translate app and how it works on a computer/laptop and also how the app works on an Android or Apple device.

0.50s – Google translate via the website, shown on a computer but you can use it on any device.

7.05s – Google translate app, shown on an Apple iPad but it works the same on an iPhone, Android tablet or Android smartphone.

Having problems playing it?  Watch it on YouTube here

Apologies if you struggle to hear the parts where we play the translation for you, the volume was quite low on the iPad and we tried to increase it but it made it sound a bit weird!

If you have any questions, just drop us a comment and we’ll get back to you as soon as we can,
Thanks
Tim, Mike and Jess