The New Edge for Windows 10 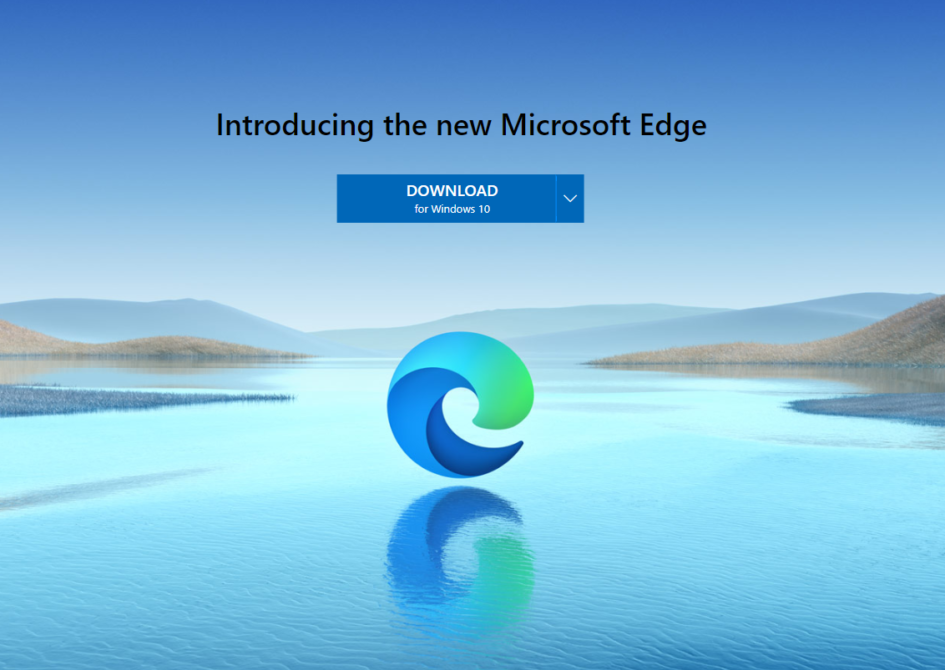 Microsoft is launching a new version of their web browser Edge, it isn’t going to change much at all, but just in case you notice some things changing here is what’s happening.

Windows 10 computers come with a built in web browser program for surfing the internet called Edge. Edge was the replacement for Internet Explorer, which was the web browser older versions of Windows came with. But even though Edge has only been around for a few years, Microsoft really can’t stop tinkering with things, and in January 2020 they released a new web browser. But instead of giving it a new name, they’re still calling it Edge, just to confuse you.

(If you’re interested in the technical gubbins, it uses something called Chromium to work, which is the same technology as Google’s web browser Chrome uses. Chrome is a very popular web browser, so Microsoft have launched this new version to try to get more people to use Edge). Mike says: ” I’m still sad it’s not called Edgium, but that is very geeky =) “

How is the new Edge different from the old Edge?

To be honest, how it looks and works is almost identical. It’s got the same back and forward buttons, the same address bar, and you get to websites in exactly the same way as you did on the older version. Here’s a picture of our website using the new Edge and using the old Edge.

The biggest difference is that they’ve changed the icon for it, which is now a sort of blue swirl instead of the letter “e”. Although I think it still is supposed to look like the letter “e”. 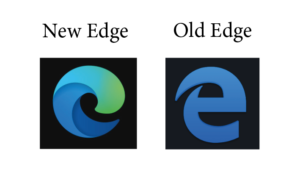 And you’ll also notice that the default Home page has changed. The new one is much less cluttered, but it’s still got a search box to search for things on the internet, just like the old one. (If you’ve changed the Home page of Edge on your computer to a different website, like BBC news, or a weather website, it’ll stay like that in the new version.)

How do I get the new Edge?

The old version of Edge on your computer will automatically be replaced with the new version as part of the automatic Windows Updates, so you don’t need to do anything. It might not happen straight away though – Microsoft are staggering the changeover over a couple of months, so don’t worry if you don’t have the new one yet. And if you’ve got things like bookmarks saved in the old Edge, you won’t lose any of them – they’ll still be there in the new one.

If you do want it before most people, drop us a note and we’ll tell you how to get it sooner!

Do I have to use the new Edge?

You can’t opt-out of getting the new version of Edge – it will automatically change at some point. But as I said before, it’s almost identical to the old one, so you really don’t need to worry. All you need to remember is that the icon has changed.

What if I use Chrome?

If you use Chrome to surf the internet instead of Edge, you can just carry on using that. The new Edge will be installed on your computer automatically, but you don’t have to use it.

If you have any questions drop us a note.