Top Tip: Leave your phone on when you charge it. And a game recommendation 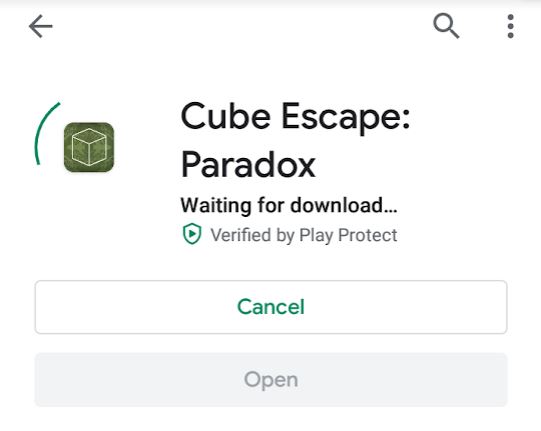 Brief overview: Mike panicked when he couldn’t install the next episode of a game on his phone, but this tip fixed it

Applies to Apple/Android smartphones and tablets. I’ll use “phone” throughout to make it easier for me to write.

Hello, sorry for the sporadic posting of journal posts. I’ve been feeling a bit under the weather (I’ve had a bad cold so nothing to worry about). But I’ve been at home for a few days, mainly so I don’t spread my germs around.

Note: I’ve discussed this very problem on the Inner Circle before, which you can read here, but as I forgot my own advice I thought I’d mention it again 😊.

As I’ve been stuck at home (for 3 days), I’ve taken to playing a series of games on my phone. They are an escape room style game. You find clues and solve puzzles to complete the game and exit the room. They are really addictive and there is a story which runs throughout the series.

The games are from a company called Rusty Lake and it’s the Cube Escape series. You can find out more about Rusty Lake games here. I’ve really enjoyed playing them, if you love puzzles I’d definitely recommend you give them a go. The first one is called “Cube Escape: Seasons” find out more here.

I got to episode 9, of Cube Escape. And I was just Installing the 10th episode when my phone did this, and got stuck doing this…

This is a screenshot from the Google Play Store. It’s trying to download and install the app but it got stuck and just stayed at “waiting for download”.

Now, I’m going to blame the fact I’m not feeling too well, but I panicked. I restarted my phone and this didn’t work. I tried cancelling and starting the download again, but alas this didn’t work either.

Then I tried a whole bunch of tech things like clearing my download cache, checked I had enough space on my phone. But none of this worked.

I gave up, stuck my phone on charge and fell asleep in front of some people selling junk in the hope they can make a load of money…

..When I woke up the app had installed!

What happens when your phone is on charge and not in use?

When you charge a phone up and it’s switched on (it doesn’t need to be unlocked or anything, just on and not in use) there are background tasks which run. It’s a bit like the equivalent of the old Windows defragmentation tool. It’s just a bunch of jobs that run to keep your phone going as best it can.

What I recommend (The fix)

Make sure you leave your phone on charge for a few hours while it’s powered on. (It doesn’t need to be unlocked with the screen lit up or anything, just on and not in use)

Because I’ve not been well I haven’t been charging my phone overnight like I normally do. I kept falling asleep with it next to me or forgetting to put it on charge. Then found myself using it while it was charging, so after a few days, it got in a bit of a muddle.

When you do this tip it gives your phone time to ‘breath’ and run all sorts of background tasks that it can’t do when you’re using it.

Many of these tasks don’t run when the phone isn’t charging as they take too much power and would drain your battery. And they don’t run when you’re using the phone as it would slow it down too much.

Hope this helps you out.
Enjoy the game!
Mike =)